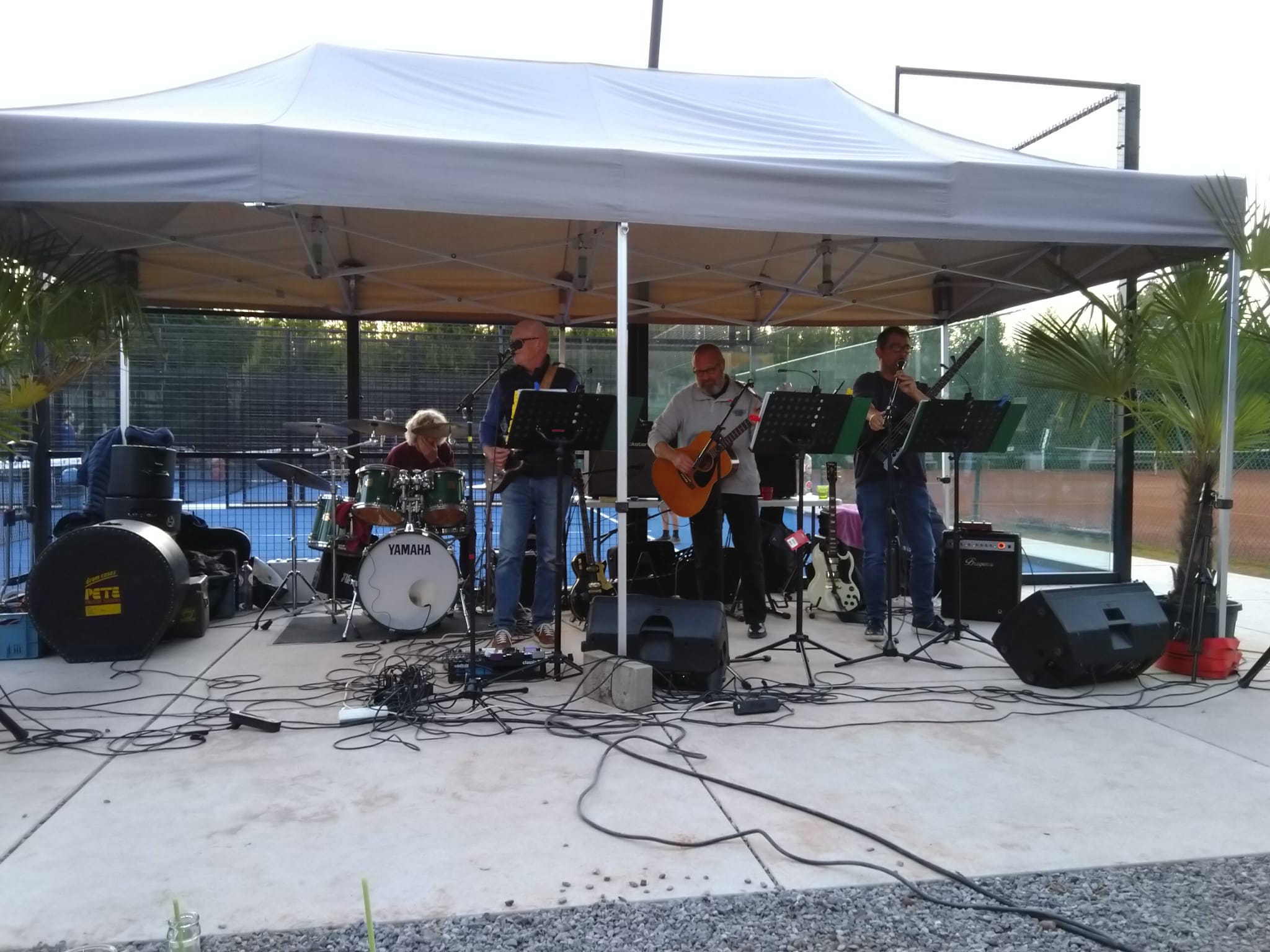 An Moonen: Keyboards and a lot more

The band ‘On stage’ was formed in 2015 as a cover-band. All of the band-members had previous experience in other formations with exception of Michel Verhoeven. Michel was a well known international reggae DJ with his soundsystem Boombastic Sound. Christiaan Matheve played in former Folk-song band Plus Minus, Bart Smets was member of The Runds and Alibi Ike and Frank Stoffelen drummed in several bands.

During a street-festival in Kessel-lo, Leuven, Belgium in 2015 they met each other and decided to play together and On Stage was born. In 2018 Bart Smets was replaced by Andre Triangle as lead guitarist. At special occasions, the group invites guests to perform with them.

In 2021 An Moonen joined the band on keyboards and vocals.

The band boasts a full P.A. with 2 FOH speakers at 1000 W rms each and 2 monitors, a Behringer X32 digital mixer and all necessary cabling. We can perform for up to 250 people outside and for even more inside.

Music preferences and philosophy of the band:

Because of the wide interest in music, songs are chosen with full consent of each band member. The variety of songs keeps the playlist both surprising and interesting for the performers and the audience.

The main motivations of the band are to perform at best the selected songs and to have fun!! Or simply stated: playing and listening to music should deliver a happy feeling!